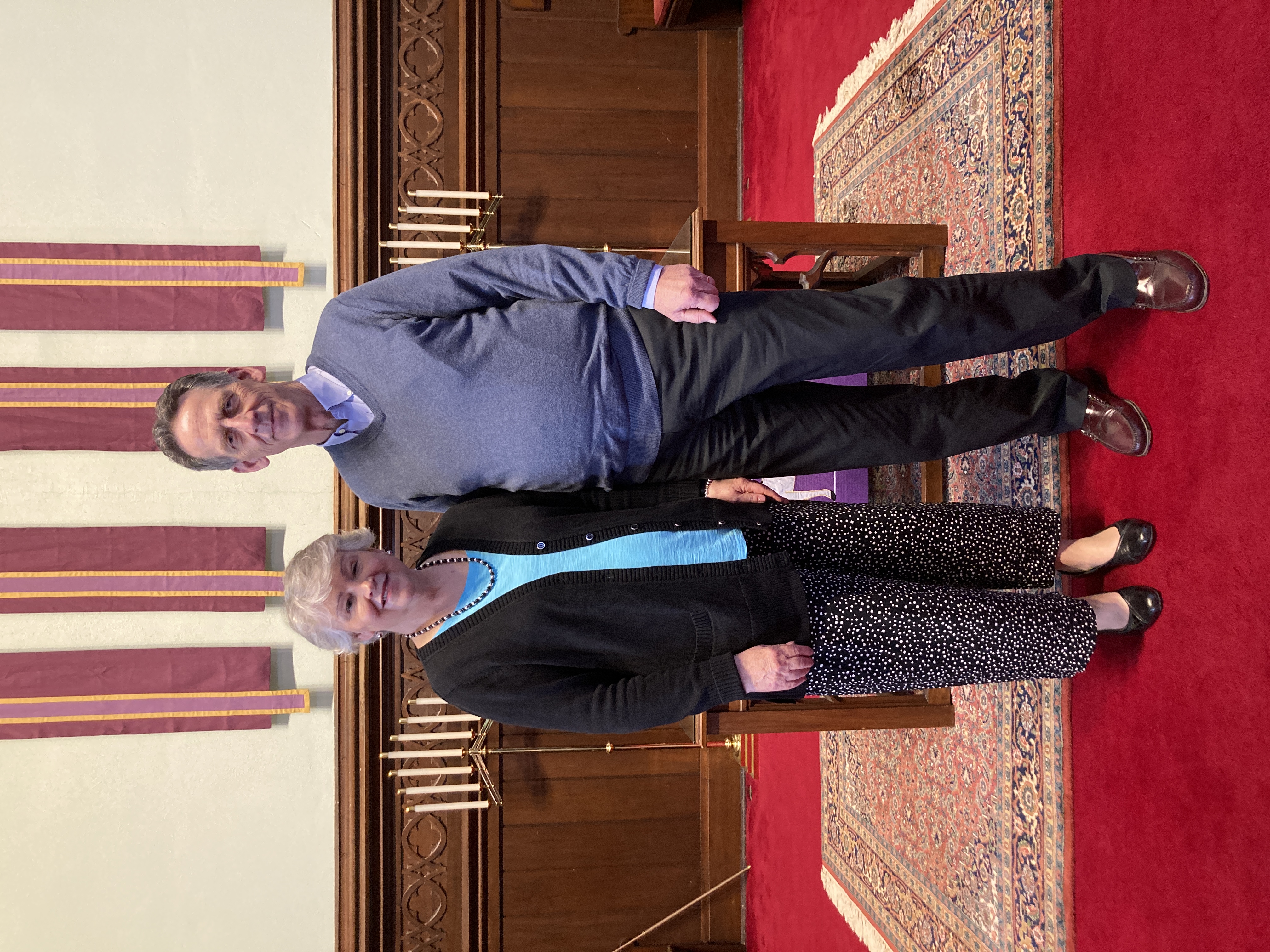 John and Wendy bring a huge wealth of experience as ministers in word and sacrament, coaching, and counseling. We are glad they have agreed to be our ministers, serving as head of staff, fostering the needs of the church, and assisting us in moving forward after the sudden death of our long-time Pastor, Kevin Fleming.

John grew up in Grand Rapids, Michigan, and, a few years after graduating from Calvin College (now Calvin University), answered God’s call to ordained ministry, attending Andover Newton Theological School and graduating in 1977, where his Doctoral project resulted in a book titled Ministry to Persons with Chronic Illnesses. Originally ordained in the United Church of Christ, John transferred to the PC(USA). Serving Christ as a hospital chaplain for 36 years in four hospitals, he retired from IU Health Bloomington Hospital in 2014 after heading their chaplaincy department for 24 years. John then served two transitional ministry calls in Brownstown and Martinsville, in addition to his life and leadership coaching ministry.

Wendy spent her early years in northern Illinois, and attended Chicago Theological Seminary after graduating from DePauw University. After marrying John, they moved to Des Moines Iowa, where she interned at Central Presbyterian Church and finished her religious studies at Dubuque Theological Seminary. She postponed her ordination to take the opportunity to be a full-time mom to daughters Jenny and Sarah until the family moved to Bloomington Indiana in 1990. She returned to the workforce as a Volunteer Coordinator at Bloomington Hospital Hospice, and once ordained, moved to Coordinator of Spiritual Care there. Since retiring in 2020 (on the day before the country went into pandemic ‘lockdown’), she has enjoyed family time, all things crafty, and the rich arts community in Bloomington. 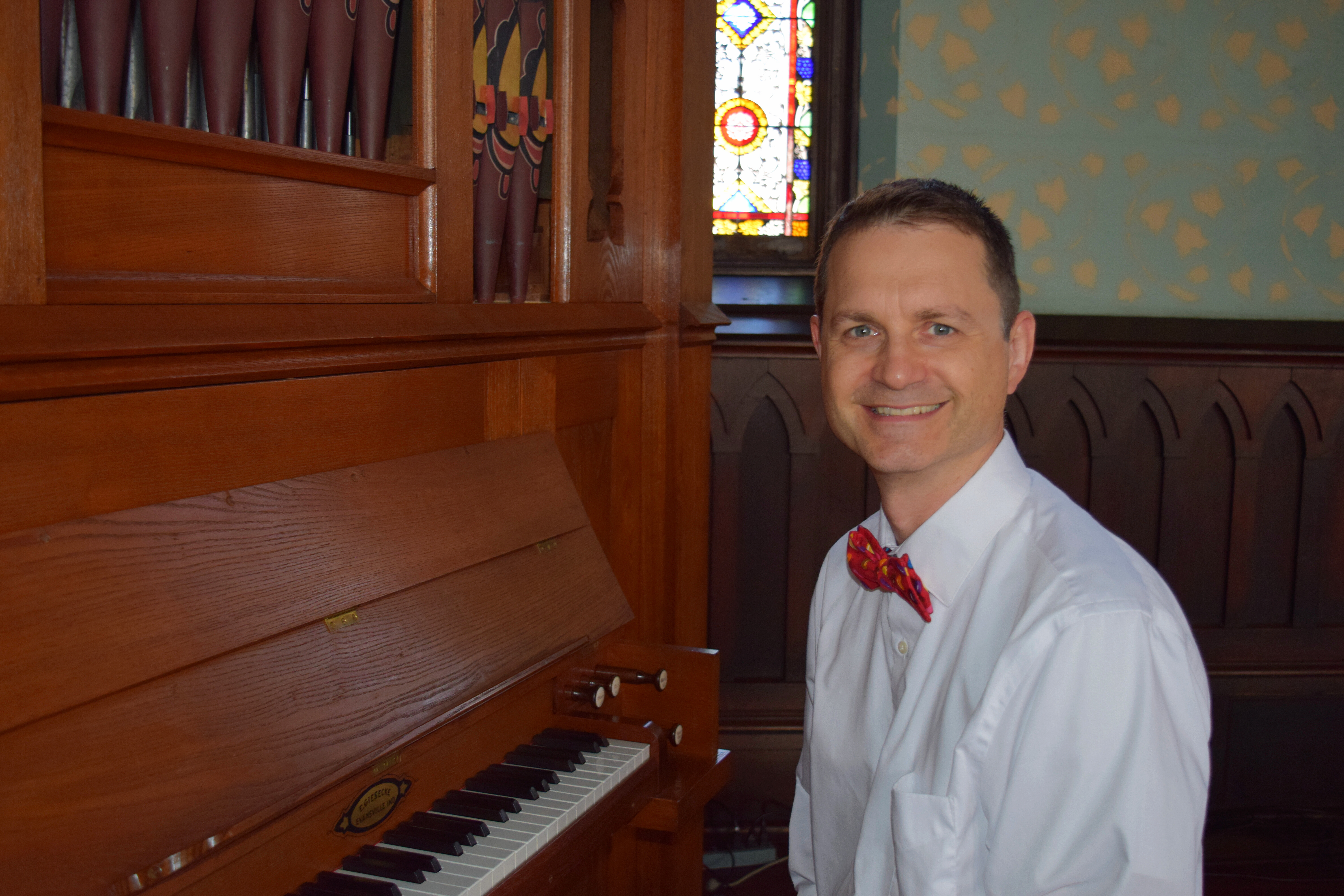 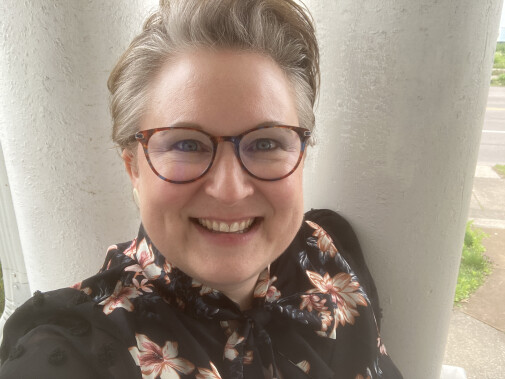 Jerusha was born in Lexington, KY, and grew up in Carmi, IL.  She attended high school at Carmi Christian Academy, and earned her BA in Music at Oakland City University in Oakland City, Indiana. Jerusha is a Candidate for the ministry of Word and Sacrament in the PCUSA under the care of the Ohio Valley Presbytery, and is currently earning her MDiv through the University of Dubuque Theological Seminary in Dubuque, Iowa.

Jerusha has worked with children, youth, and families in the tri-state area for more than 30 years, and has spent 10 of those years serving this congregation. Jerusha is a community builder, advocate, and President and Founder of Greater Evansville Youth, a youth group that serves LGBTQ teens in the tri-state area.

Jerusha is married to Kathryn Van Camp, and is the mother of three amazing humans. When Jerusha is not studying or working, she can be found playing music or games with friends, watching the birds in her yard, petting her dogs Annie, Amos and Finn, tending to her garden, or watching Lord of the Rings movies and Star Trek. Carolyn Stilwell has been the “parish visitor” for First Pres Evansville since the summer of 2013.

In our congregation, the parish visitor helps elderly and sick members and attenders stay connected to the church when age or infirmity limits their in-person participation. In pre-Covid times, Carolyn often visited people in hospitals or at home or in residential care facilities. In this era of pestilence, she more often keeps in touch by phone, mail, email, or texts. Sometimes her greetings come in the form of cookies or flowers or poems or jokes.

Carolyn began attending First Presbyterian Church in 2002 and joined in 2004. Within our congregation at different times she has served as a Stephen Minister, a deacon, and an elder. Now she feels honored to work with the staff at First Pres and looks forward to staff meetings which are often as fun as they are productive.

Carolyn is a retired nurse. She was educated at the University of Illinois, The Ohio State University, and by patients and good colleagues in a variety of hospitals. She considers herself an Illini rather than an Ohio State Buckeye, but she and Kevin Fleming share an enthusiastic appreciation for the OSU marching band. Her hobbies are reading, cooking, and baking. Carolyn and her husband, David Unger, were married 40 years ago and still like each other. 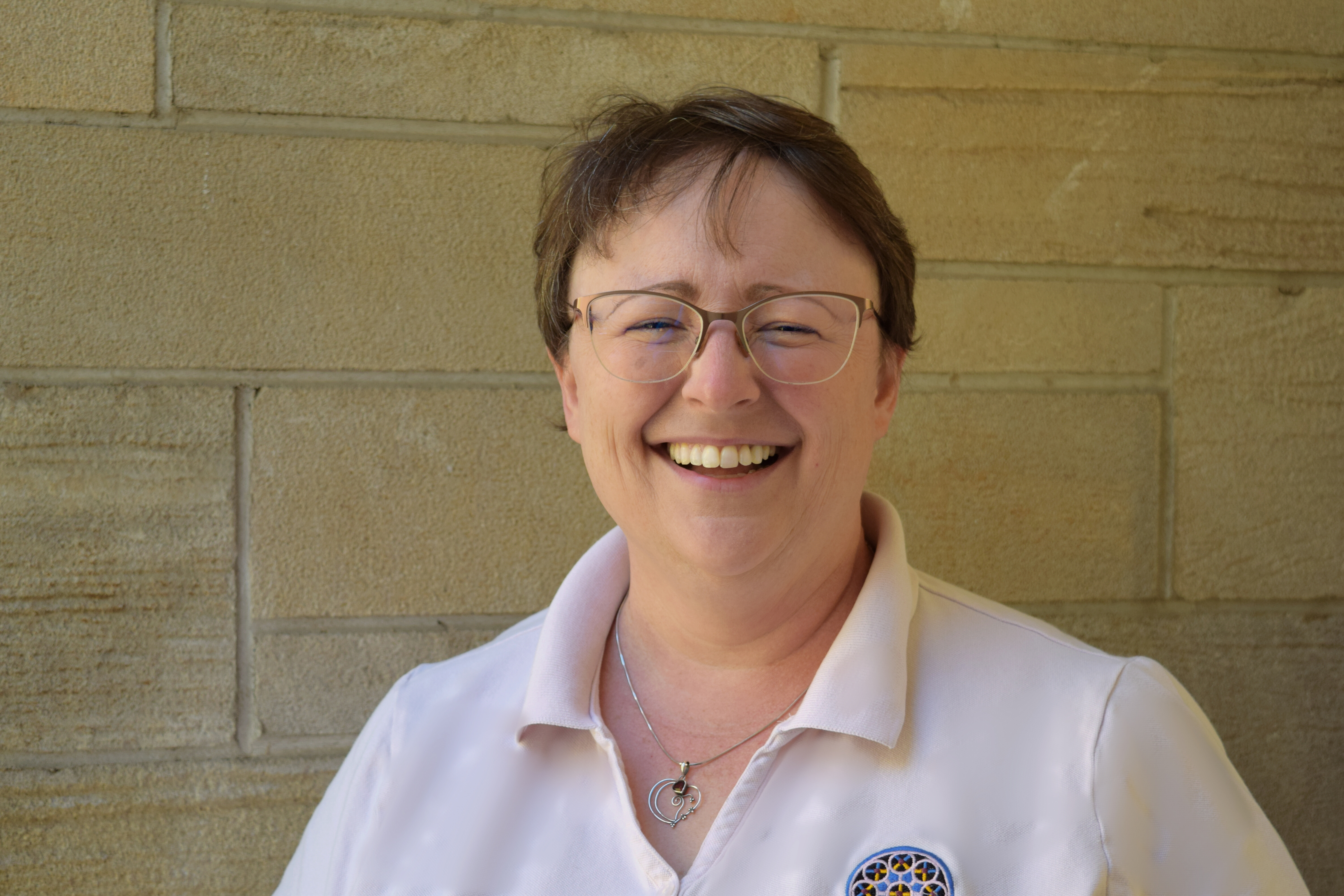 Lora Blaylock was born and raised in Dayton, Ohio.   She came to Indiana to attend the University of Evansville, from which she graduated with a Bachelor of Science in Music Management.  Lora plays the flute, handbells, and has sung soprano with the Evansville Philharmonic Chorus and Evansville Chamber Singers over the years.  She joined the Choir of First Presbyterian Church in 1994, and the staff in 1999.

Lora met her husband Paul, an Electrical Engineer, at UE, despite growing up within an hour’s drive of each other in Ohio.  They still have family there and enjoy visiting whenever schedules allow.

When not in the church office or choir loft, Lora enjoys cooking, gardening, sewing, and old television shows.  She and Paul love living in downtown Evansville, and are still happily married even after building their home-away-from home (aka the garage!).