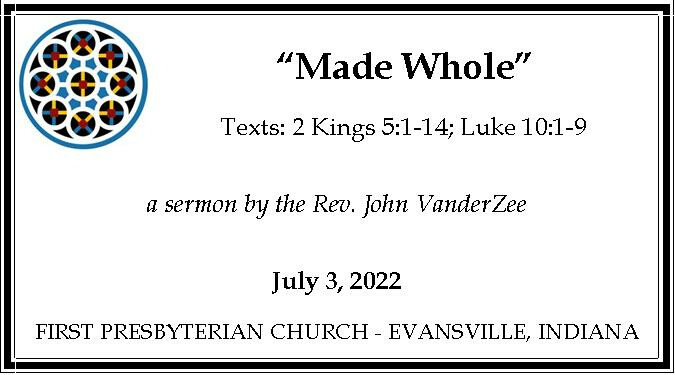 Let’s listen in as an experienced university administrator is advising a promising new apprentice:

People always act from self-interest. When you approach them with a plan, they invariably ask themselves, “What’s in it for me?” So, what you have to do is figure out as best you can the answer to that before you propose anything, and then make your approach accordingly.

One might find such advice, or something like it, in almost any business how-to book. To some of us, it may seem like a very calculating way of looking at human relations, but in the world of commerce and politics it is pretty much taken for granted. And yet, thankfully, it is not universally true. The fact is that if everyone acted out of self-interest all the time, human interaction would be quite predictable, and the world would be a pretty depressing place to live. There wouldn’t be such a thing as heroism or doing the right thing out of empathy or for the common good. Our current political climate notwithstanding, human motivation is much more diverse and more enriching than simply acting out of self-interest.

If that were only true for the King of Israel, who is incidentally not named in this story.

Put yourself in his place. You get a letter from the King of the Aramites, your sworn enemy, who wants to send you the commander of his army so that he may be healed of leprosy. The man’s name is Naaman, and you recall that this is the very same officer who brought down your predecessor, King Ahab, with an arrow to the heart, and hauled away some of your court attendants.

My guess is that your reaction would not be terribly different than the King of Israel in our story: “You got to be kidding me. Who does he think I am? Am I God, to give death or life, that my sworn enemy sends me his general to cure him of his leprosy? Am I supposed to just take him at his word? Does he think I’m stupid to fall for this bizarre trap?” The king then tore his clothes as a sign of deep distress and trepidation. (Kings back then tore their clothes a lot!)

This story is riddled with irony and humor. The ones who should be in the know, such as the two kings, appeared clueless, while the marginalized, such as the Israelite servant girl to Naaman’s wife, recalled the healing God was doing through the prophet Elisha and told Naaman. Naaman listens to the girl and tells the king of Aram what she said, whereby the king sends this letter to the king of Israel mistakenly giving the impression that he, the king of Israel would do the healing. (Are you following so far?)

By this time, Elisha hears that the king of Israel tore his clothes in dismay. We can picture Elisha rolling his eyes incredulously but coming to the rescue anyway. He has learned that Naaman has the most dreaded disease and sees an opportunity to make a friend out of an enemy while bringing glory to God. Elisha persuades the king of Israel to send word back that if Naaman is to be healed, he must come not to the king but to the house of the prophet.

Naaman is a desperate man. But he is not so desperate that he is willing to leave his pride and celebrity back in the land of Aram.  So, he rides into Israel in full armor with an entourage of lieutenants, servants and envoys, riding on chariots and horses, with all the provisions that are needed, including an array of gifts meant for the one who will personally, miraculously, heal Naaman, the great general, of his leprosy. And so Naaman and his hosts ride to the gate of the house of Elisha, and he waits, and he waits. And he waits some more.  Finally, out comes - not Elisha - but the prophet’s messenger who audaciously, if not a bit sheepishly relates the prophet’s orders. “Go, wash in the Jordan seven times, and your flesh shall be restored, and you shall be clean.”

It is then that Naaman’s pride gets the best of him. He bemoans the fact that the reputed prophet did not have the common courtesy, let alone the consideration afforded a high-ranking foreign official, to come out and do the deed himself. To make matters worse, he is asked to wash in the Jordan River, which in the heat of summer, is literally not more than a muddy creek.

You see, Naaman craves respect almost more than he wants to be healed. He knows who he is and he knows what he thinks he deserves. He approaches his healer with expectations about how and where and when he gets his miracle, and he will not be denied.

Do we always accept the healings that come to us? Or do we set the bar of great expectation so high for a miracle of healing, or whatever miracle we desire, that all kinds of lesser miracles happen to us, and we don’t even notice them.

I’m reminded of a woman I met years ago at the hospital who prayed fervently and persistently to be healed of her cancer. By grace, she finally concluded that the miracle God was sending her was the opportunity to bring together members of her family who had been driven apart over grievances large and small.  It was only in her dying that they now were able to put the past behind them and find reconciliation. Just months before her death, God helped her summon the strength to accompany her family on a cruise that her church organized and financed.

For another man, it was not the healing of his brain tumor that caused such gratitude, but the generosity of neighbors who took care of his animals and brought in his crops.

Naaman, by contrast, snubs the opportunity for healing and gratitude. He turns tail and heads back home to Syria, pride intact but still wounded and deeply disappointed. But royal power can at least conceal his wounds under the armor of his military might. Pastor Liv Larson Andrews writes that:

We do this to our wounds all the time. We cover them with armor of one kind or another. But the hurt remains, and the lingering pain can erode us from the inside out. Often, we assume that if we tell the truth about our wounds, we’ll be shunned or shut out. We opt for concealment rather than risk the vulnerability that can lead to healing. (Cf, Reflection on the Lectionary in Christian Century, 6-15-22)

Naaman had armor of steel and leather. What is your preferred armor to hide the wounds of grief, and harm and hurt of one kind of another? Is it pride, denial, the ole’ stiff upper lip? What keeps you from exposing your wounds to persons who stand ready to walk with you to the river of healing and renewal where armor will only weigh you down? There are people waiting to help, but you need to take off that psychological armor that hides your wounds.

For Naaman, once again, a servant girl comes to the rescue. It’s the same one that suggested he go see Israel’s great prophet in the first place. She imbues the situation with common sense.

“If the prophet had commanded you to do something worthy of a great and heroic man that you are, wouldn’t you do it? Instead, he just said, ‘Wash and be clean.’ Why do something strenuous when it can be done with ease? Would you go after an enemy with a hundred battalions, when it could be done with a single assassin’s arrow? Go the simple route; just do what he asks and wash in the Jordan.”

You know, I’ve read this story over and over many times because it’s one of my all-time favorites in the Old Testament.

We don’t know the particulars. All we know is what we are told. Naaman goes and washes in the Jordan seven times like the prophet said and the servant girl wisely urged, and his skin is “restored like the flesh of a little boy.”

But the greatest healing comes after he walks out of the water the seventh time. We read in the next verse that he returned to the man of God with a thank offering and he said, “Now I know that there is no God in all the earth except the God of Israel.”

Naaman is not only healed, but he is also turned from his self-centeredness to a man with a grateful heart who is willing to accept that he is not at the center of everything. He is made whole.

Jesus once said, “Whoever wants to be great among you must be your servant and whoever wants to be first must be slave of all.” Naaman was long dead and gone by the time Jesus uttered those words.  But you get the sense that if he heard such sentiments from Jesus, Naaman would know exactly what he was talking about. (Cf, Scott Hoezze, 2 Kings 5:1-14, in cepreaching.org)

We know this Naaman. We know something about all the irritating and endearing, audacious and prideful behavior in this story: great ambitions, dire needs, hurt feelings, throwing tantrums. Then coming to reason, eating crow, changing course.

We come to the water to be healed of our pride, shame and resistance. We come to have hope restored like new skin.

Yes, we know Naaman as if we are looking in a mirror. And so, to watch Naaman finally get restored in the end is worth the wait, isn’t it? It is a very satisfying ending for us because we stumble into grace just like Naaman. We too muddle our way into healing because we ultimately recognize that God has been there all along, patiently waiting for us. We may long for the grand gesture, the full treatment, the glorious vision, but we accept his sure and gentle touch, his reassuring word.

Just like Naaman, we may not at first glance get precisely what we hope for or in the way we envision it to happen. If God doesn’t seem to be giving you what you ask, maybe God is giving you something else - and as it turns out, maybe something far better. But when all is said and done, like Naaman, we walk into the river, and we walk out. Whether it’s seven times or seventy times, we don’t really care, for it is in those symbolic waters that we meet the one who washes our wounds and makes whole our lives.

Today we come to the table instituted by our Lord Jesus Christ to nourish and strengthen us for our uncharted, uncertain journey ahead. As we do so, let us remember the times we have been healed in ways peculiar and conventional, impressive, and inconspicuous. Then, like Naaman, let us humbly return and give thanks.

Blessing and glory and thanksgiving and honor be to our God forever and ever.