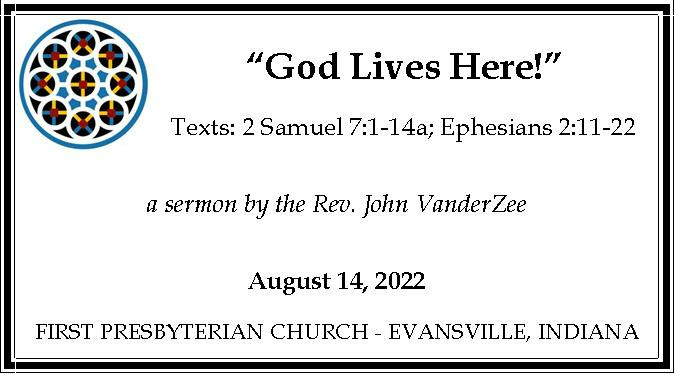 Researchers for the 2010 addition of the World Almanac asked American eighth-grade students to name prominent people they admired and wanted to be like. Sidney J. Harris, in one of his columns, lamented the fact that most of the thirty prominent personalities that these students named were either entertainers or athletes. He noted that statesmen, authors, painters, musicians, architects, doctors, and scientists rarely captured the imagination of those students. He further concludes that the heroes and heroines emulated by our society are people who have made it big in fame and fortune, but not necessarily people who have done big things.

By contrast, in their book, Gen Z: The Superhero Generation, Regina Luttrell and Karen McGrath explain who this generation is, how they came to be, and the impact they will have on society. Superheroes are often defined as courageous, powerful, strong, and at the same time virtuous yet flawed. Equipped with unique superpowers, these individuals stand up for what is right, battling supervillains to ensure that good prevails and all is well in the world.

The Superhero Generation is making its mark and gaining recognition as the generation that is willing to once again, assemble, march, speak, and defy in ways previous generations have not. (Now if only they will vote).

King David certainly fits the definition of superhero emulated by both Millennials and Gen Z’ers. He has made it big, AND he has done big things. The entire book of Second Samuel is a testimony to the grandeur and the glory, the conquests and conflicts, the great triumphs as well the profound moral failures of this enigmatic hero.   He was a man after God’s own heart, and a man who many times broke God’s heart. But make no mistake about it - David was the greatest king in all of Israel before and since.

If anyone wonders why David was adored like no other king in Israel, a good place to look would be the chapter before our present one - 2 Samuel 6. This is the account of how David captured Jerusalem from the Philistines along with the Ark of God, renamed it the City of David, and paraded the Ark down the streets of the newly conquered city.

But as the parade continues and the Ark nears its final resting place in a tent near the palace, David sheds all kingly pomp and decorum by leading the parade down the final route, dancing before the Ark dressed in nothing but his skivvies. In so doing, he embarrasses his wife, Michal (who happens to be the previous King Saul’s daughter and who despised him anyway), while, at the same time, endears himself in the hearts of those who tended to prefer their kings less royal and more human. The point of all this in chapter 6 is to show how David has come to the pinnacle of power while capturing not only the imagination of the people, but also the blessing and endorsement of God.

Now we read in chapter 7 that David settles into the new city, Jerusalem, and God gives him a much-needed rest from his enemies. We are touched and moved by David’s desire to return God the favor when he proposes to the prophet Nathan that God should have a real temple to live in, one like all the other gods in the known world have. And who would be more appropriate to head up this effort than the king himself. You can’t help but feel sorry for this poor bloke, Nathan, the prophet, who after hearing David’s seemingly reasonable request, that same night gets an earful from the Lord God.

“Now you tell that David this: ‘So you want to build ME a house, do you? All those years since I delivered my people from Egypt, I have been content to dwell in a tent and a tabernacle so I could dwell closely among my people, and come and go as I please? Did I ever, in all these years, ask to live in a house?’”

“Nathan, you tell this to David, too: ‘Didn’t I choose you when you were still a shepherd boy to be prince over my people, Israel?  Didn’t I give you victory over your enemies, and didn’t I establish a home for my people to live in peace and security? And you are going to make me a house?!’”

“And let me tell you one more thing, David my son,” God said, still speaking through the prophet Nathan, “It is I who am going to make you a house. I will raise up offspring after you; and when you are dead and laid to rest, I will establish a mighty kingdom from your descendents. And it is one of those descendents, not you, who is going to build a temple as a monument to that kingdom, and I will be a father to him, and he will be a son to me. And although I will punish him for his iniquities, I will never, just as I promised you, David, my son, I will never take my steadfast love away from him! Do you have it straight now, David?”

In the verses immediately following our text in chapter 7 (18-29) you would read that David comes into the presence of the Lord God and offers a rather effusive, long-winded speech (11 verses) which in affect said, “Yes, Lord!  Thank you, Lord!”

You see, David’s request was a tad more self-serving than God-serving in nature. David is on his way to new forms of power and new claims of legitimacy. He has gotten himself a new royal city and has been able to reclaim the Ark of God as a mark of such legitimacy. But David is not satisfied, because he knows that as long as Yahweh dwells in the Ark, God is free to move as long as the Ark can move.

David doesn’t want his dynasty to be jeopardized by any more enemies, nor responsive to every whim of God. So, a different expression of legitimacy is desired.  David wants to build God a house, so God can stay put!

God, of course, sees through all this and turns everything upside down by declaring that David will not build a house, but God will build a house for David.

It is quite a cleverly written story when you realize that the author is making a play on the Hebrew word bayit (house), which can mean either temple or dynasty. God is nothing at all like other deities that can be contained or controlled. God must be free to be God, and not be tied down by any king’s ambition, even his beloved David. So, God reverses David’s plan while using the very same word. God does not want a temple (aka house) at this time, but God does want to build a dynasty (aka house) for David, which will be established forever. Same word, bayit, different meaning.

Remember that silly but terrifically entertaining movie, “Crocodile Dundee”? One of the more memorable scenes was when Dundee is in New York City walking down Fifth Avenue with his sweetheart. Suddenly, from out of the shadows, a trio of thugs emerges. One of them brandishes a knife and demands that Dundee hand over everything he’s got. Calmly, Dundee looks at the thugs and says, “That's not a knife,” and he pulls out a huge machete hidden in his jacket. “This is a knife!” By comparison the other guy’s knife looks like a tweezers, and they all flee for their lives.

In like manner, God is saying here, “you think that’s a house you have in your head, David? That’s not a house. What I am building for you, THIS IS A HOUSE!  I’m talking “empire,” David.

Couched within this play on words are some very profound theological truths. According to the great Old Testament scholar, Walter Brueggemann, God’s way of dealing with the people Israel before the monarchy could be characterized as “covenantal” or governed by the ominous “if” of ethical requirement: I will be your God if you follow my commandments. God’s promises are qualified by Israel’s obedience to the laws laid down by God to Moses.

But now with David, the “if” disappears and it is replaced by “nevertheless.” There are now no acts of disobedience that will in any way forever terminate that promise of relationship. This is not to say that there won’t be sanctions or consequences. But God will not go away. You may do this or stray from that, nevertheless, I will be with you. I will make my home with you!

What we have here is as clear an articulation of the Christian doctrine of justification by grace, as can be found anywhere in the OT. But there is a paradox, a tension that must remain. God’s conditional requirements summed up in the great commandment -  “Thou shalt love God with all thy heart, soul, mind and strength, and love thy neighbor as thyself” - and God’s unconditional promise of faithful love, both belong to biblical faith. Both matter to our life with God and one another.

In his letter to the Ephesians, Paul makes a similar claim about the Church of Jesus Christ. He attempts to convince the people of Ephesus that the church is not limited to law-abiding Jews, but is also open to Gentiles such as many of them. He reminds them that at one time, before the grace of God arrived in Jesus Christ, they were all aliens, strangers to the covenant of promise and totally without hope. But now all are brought together in God’s family through the blood of Christ. There is no such thing as aliens, only citizens in the household of God.

And once again Paul uses the same metaphor, “house” or “structure,” to demonstrate that everyone intricately fits together like stone upon stone, brick upon brick, with the apostles and prophets as the foundation and Christ himself as the cornerstone.  The result is a dwelling place for God!

But, alas, we don’t. Not always. That is why we confess our sin not only as individuals but as a whole church. Then we come to the “nevertheless”.  Nevertheless, that is why Christ’s blood was shed.  Our sin, our faithlessness, does not cut us off from God. The life, ministry, death, and resurrection of Jesus Christ, if they mean anything, mean that God has made his permanent home in the hearts of each and every believer.

There’s a story about a certain congregation that was about to erect a new church edifice. The building committee, in consecutive meetings passed the following resolutions:

You laugh, and this is obviously an overstatement of one church’s resistance to change. But every church, even this church, if it’s truly the body of Christ will recognize a little of itself in this.

As much as we might deny that Christ’s church is contained in a building, but is made up of living, breathing people trying to live out their faith together, we still try to box God into the parameters that we set for our own convenience and comfort.

God lives here but is not to be captive to our personal or even corporate dreams. We must set God free to do new and wonderful things in ordinary and extraordinary ways within our own lives and within this church. God is not done with First Presbyterian Evansville. God is just beginning!

God will continue to reign and thrive here through the gracious love of Jesus Christ and the power of the Holy Spirit! Not just in this building, but wherever this community of faith is alive.

To our almighty and merciful God be all honor, glory, and blessing.  Amen.